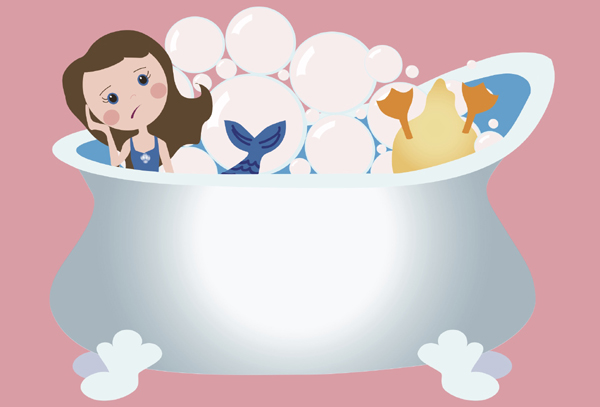 Central Texas’ most well-known children’s theatre company, Pollyanna Theatre, is bringing Jamie Doesn’t Want to Take a Bath by playwright Bethany Lynn Corey to Round Rock, September 10 and 17 at the Allen R. Baca Center, 301 W Bagdad Avenue, and September 12, 13, 19 and 20 at the Round Rock Public Library. Pollyanna is thrilled to deliver an interactive theatre experience to Round Rock’s youngest audience members and looks forward to partnering with Round Rock arts organizations to expand children’s programming.

Created to engage children as young as 18 months – 4 years of age, Jamie Doesn’t Want to Take a Bath uses a visual theatre style performance and invites the young audience to play right alongside the actors. It is classified as ‘Theatre for the Very Young’ (TVY) – an umbrella term to describe a variety of theatre work and practices intentionally designed for children under the age of six. While TVY is widely performed in Europe and Australia, it has only begun to appear in the US within the past 10 years, and Pollyanna Theatre Company is the first professional theatre company to bring it to the Central Texas region. 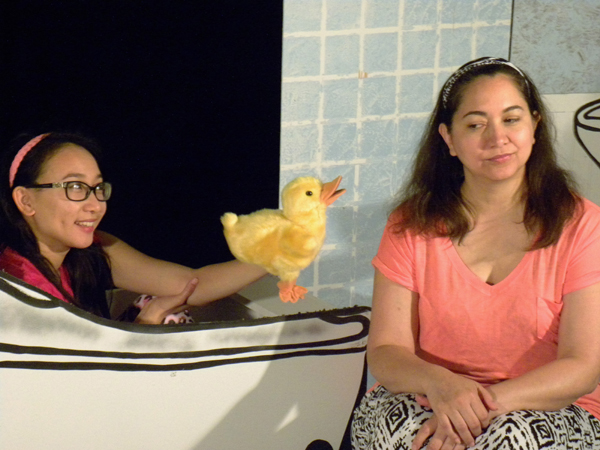 In this new play, Jamie’s mother is surprised when suddenly, the night before Jamie’s first day at pre-school, Jamie simply refuses to take her bath.  Young audience members will watch while Jamie’s mother tries all sorts of things to get her into the tub and to bed on time.  The play presents a fun and tender tug of war that many children and caregivers will recognize.  Jamie Doesn’t Want to Take A Bath invites Pollyanna’s youngest audience members to play along with Jamie and learn what it is to be an audience member all at the same time.

With the special emphasis that the City of Round Rock is giving to arts in the downtown area and with the growing number of young families in the Round Rock community, Pollyanna Theatre is pleased to present the first of many upcoming performances in downtown Round Rock. As new facilities for the arts become available in the area, Pollyanna anticipates having a regular performance schedule that will bring children’s productions to Williamson County and complement our ongoing production season in Austin.

Judy Matetzschk-Campbell says, “Round Rock families have always been an important part of Pollyanna’s audience. But with it becoming more and more difficult for families to travel into Austin’s downtown area, having a way to serve this sector of our audience by bringing professional theatre for young audiences to them in downtown Round Rock is a very exciting step for our company. This is an exciting way for Pollyanna to get to know more Round Rock parents and teachers and for them to get to know about the quality of our work. We look forward to many great, new relationships with Round Rock’s youngest citizens.”

In addition to public performances, Jamie Doesn’t Want to Take a Bath is also available for schools, daycare centers and camps throughout Central Texas.

WHERE: Saturdays at the Allen R. Baca Center, 301 W Bagdad Avenue
Mondays and Tuesdays at the Round Rock Public Library, 216 E Main Street