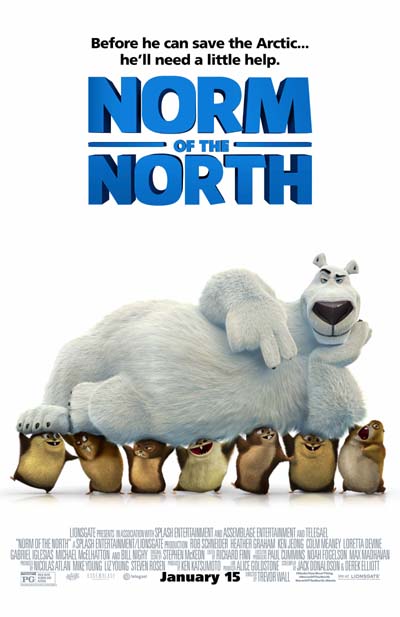 A polar bear of many words, Norm’s greatest gripe is simple: there is no room for tourists in the Arctic.  But when a maniacal developer threatens to build luxury condos in his own backyard, Norm does what all normal polar bears would do…he heads to New York City to stop it.  With a cast of ragtag lemmings at his side, Norm takes on the big apple, big business and a big identity crisis to save the day.

Move to the groove and shake your tail with the arctic’s chillest bear – NORM! Check out these fun activity DOWNLOADSfor NORM OF THE NORTH now, plus help Norm and his band of lemmings save the arctic in the exciting NEW web game called LEMMINGS LAUNCH.