The Long Center presents It Gets Better: The Stories, The Songs September 20th 2013 in Dell Hall 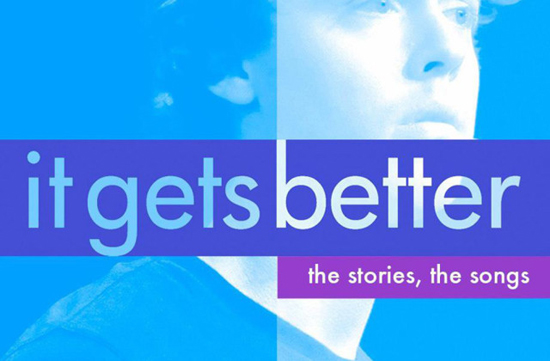 The Long Center is proud to present It Gets Better: The Stories, The Songs, September 20 in Dell Hall. Tickets start at $10.

It Gets Better: The Stories, The Songs is a professional, national touring company made up of representatives from Speak Theater Arts out of Los Angeles, as well as the Gay Men’s Chorus of Los Angeles and the It Gets Better Project. These groups will spend a week in Austin working with local ensembles to create a multimedia and live choral performance themed around anti-bullying and safety in schools.  Company members will also conduct anti-bullying seminars in local schools, create a promotional video for social and hold a community round table event.

Here in Austin, the local performance partners are Conspirare (a Long Center Resident Company) and the Capital City Men’s Chorus.

The inspiration for this tour is the It Gets Better Project, which was launched on YouTube in 2010 after a rash of teen suicides attributed to bullying in schools. Since then more than 50,000 user-created videos have been uploaded and viewed more than 50-million times.

The Project is touring today in order to keep this issue at the forefront of public awareness in the hopes that more young lives can be saved. Today, the mission of the It Gets Better Project is to communicate to young people around the world that it gets better, and to help effect the changes necessary to make it so.

With the purchase of a $49 ticket, the Long Center will donate a ticket to a student who may not otherwise be able to attend the performance.