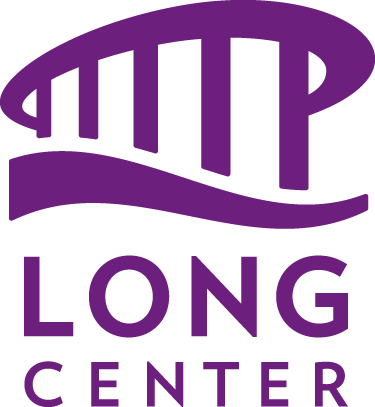 There was a time when the fine arts scene in Austin nearly ground to a sweltering halt during the summer months, but the Long Center is helping change that! For the third year in a row, we are proud to announce All Summer LONG, a series of free and low cost programming full of family activities, world class artists and exciting community events! This year more than 100,000 visitors are expected to participate!

From proven favorites like Sound and Cinema, Rhythm on Stage and Bubblepalooza!, to new experiences like our Father’s Day Gospel Brunch and Dell Hall: Dance Hall, this summer there is truly something for everyone at the Long Center. The Long Center’s City Terrace, Meredith Family Stage in Dell Hall and Rollins Studio Theatre provide the perfect setting for this community-wide celebration of Summer…perfect for friends, family, first dates and more!

TFT has quickly become an Austin institution. It’s like a city wide outdoor dinner party, and the energy level on the City Terrace is off the chart! 10-12 of Austin’s finest food trailers offer up their most creative dishes. Add family-friendly, live music and Austin’s Best Downtown View…and you’ve got a HUGE hit!

Bring your picnic blanket, friends and family…and join us for Trailer Food Tuesdays the last Tuesday of every month, at 5 PM on the City Terrace!

50 Shades of Grey, The Musical – The Official Parody

This hilarious parody of the Fifty Shades of Grey phenomenon makes for the perfect Austin girls night out.  It’s sexy, hysterical and critically acclaimed! This show was a New York Times Critics’ Pick. They called it, ‘…exuberant and very entertaining…! 50 Shades The Musical opens with a ladies book club deciding to read the Fifty Shades trilogy. Through their interpretation of the novel, the audience is led on an uproarious roller coaster ride of this unlikely bestseller. The show is full of dance numbers and original songs delivered by an outrageous cast with a live, on-stage band. June 3 & 4 in Del Hall.

Jeepers! Scooby-Doo and the Mystery, Inc. gang have been called in to solve an epic mystery! A trouble-making ghost is haunting a local theater, and Shaggy, Fred, Daphne, Velma and Scooby-Doo are on their way in the Mystery Machine to help solve the case. This hilarious live musical (presented by Warner Bros. and Life Like Touring) features crazy ghosts, perplexing puzzles and an abundance of Scooby Snacks. It’s Scooby-Doo and friends at their best, traveling across the June 8 in Dell Hall.

Our favorite summer family event, Bubblepalooza! returns for its third year! It’s our annual celebration of open play, and everyone is invited to spend time on our City Terrace and front lawn enjoying live music, chalk art, water fun, and (of course) tons of bubbles.  And this year we’ll have even more fun – a special appearance by ERTH’s Dinosaur Petting Zoo’s T-Rex! Saturday, June 14, from 8 AM until 3 PM.

Join us in celebration for our first ever Gospel Brunch served on the Meredith Family Stage in Dell Hall. The Jones Family Singers will be in from Houston as they prepare for their first appearance at the Lincoln Center Out of Doors Festival later this summer. They are guaranteed to provide a joyous soundtrack as guests dine on a sumptuous brunch buffet provided by Sterling Events for $39.95. House Seat Only Tickets (no brunch) are available for $12.95, beverages available for purchase. Sunday, June 15, 11AM in Dell Hall.

guides your family on a breathtaking tour beginning in pre-historic Australia.  You’ll observe, meet and interact with an eye-popping collection of amazingly life-like dinosaurs and other creatures presented in a theatrical performance that will thrill and entertain kids while stimulating their imaginations in ways that will forever connect them to their world.  Brought to life by a team of skilled performers and puppeteers, and designed with the help of professional paleontologists, Erth’s Dinosaur Zoo Live’s puppets are so extraordinarily realistic you may feel the urge to run and hide – but don’t!  June 17-22 in Dell Hall.

Another runaway summer hit, Sound and Cinema is a dream-team collaboration from the Long Center, Do512 and The Alamo Drafthouse. Bands will perform a tribute to the movie, followed by the film screening on The Alamo’s giant inflatable outdoor screen.  The events are all free, all ages and open to the public. Seating on the lawn is available on a first come/first served basis, and there will be a collection of food trucks and vendors serving soft drinks as well as alcoholic beverages to guests on the Long Center plaza. Films for the 2014 season are TBD. The food trailers open at 7 PM and the concerts start at 8. June 18, July 16, July 30, Aug 13, Aug 27 on our City Terrace.

New for All Summer Long 2014! We’ve invited some of Austin’s favorite dance studios, dance bands, and local businesses to create Austin’s next great Dance Hall. Dancing to the rhythms of Salsa, Soul, and the Argentine Tango on our main stage in Dell Hall will only enhance your experience. Join us early for instruction or come for the open dance.  $10 at the door/cash bar. June 24-August 26, 7 PM in Dell Hall.

One of the most acclaimed comedians of his generation, Izzard’s unique, tangential, absurd and surreal comic narratives are lauded for their creativity and wit, earning him a New York Drama Desk Award and two Emmys for Dress to Kill, two British Comedy Awards for Top Stand-Up Comedian, and an Olivier Award nomination for Outstanding Achievement.

Force Majeure is the most extensive comedy tour ever; launched in March of 2013, the tour will take Izzard to 25 countries on five continents.  From Cardiff to Kathmandu and Moscow to Mumbai, Force Majeure will play throughout Europe, Africa, Russia, the U.K., Canada, the U.S., India, Nepal, The Far East and Australia.  Izzard recently completed runs in France performing entirely in French and in Berlin performing entirely in German. June 27 & 28 in Dell Hall.

Another summer family favorite – Free dance lessons on our Dell Hall Meredith Family Stage! Learn different kinds of dances by dancing with the pros, featuring instruction by a professional from Ballet Austin’s Butler Community School. Rhythm on Stage happens the first four Tuesdays in July, and with no cover charge, you’ve no excuse NOT to come and get your groove on.

Steve Martin and the Steep Canyon Rangers, featuring Edie Brickell will perform songs from their album Love Has Come for You. The concert will showcase new material performed by Martin and Brickell, along with the unique hybrid of bluegrass and comedy that Martin and The Steep Canyon Rangers have been delighting audiences with at their sold-out, critically acclaimed shows. July 29 in Dell Hall.

Her brand new studio album, Unrepentant Geraldines is pop/rock in both content and feel and is a change in pace from Amos’ most recent releases.  The album is both one step further in the evolution of one of the most successful and influential artists of her generation, and a return to the inspiring and personal music that Amos is known for all around the world.

Christopher Kimball, star of the popular television show America’s Test Kitchen, is bringing an informative and lively look at the PBS program to the Long Center! A limited number of VIP tickets are available and include a post-show meet and greet as well as a signed copy of The America’s Test Kitchen Cooking School Cookbook.

Audience members will get an insider’s view into America’s Test Kitchen, which has become one of the strongest rated shows on television, surpassing The Food Network’s top cooking shows. The evening will include a behind-the-scenes look into how the equipment testings, food tastings, and science experiments take place. Find out what it’s really like to work at and host one of the most popular food programs airing today. In this multi-media experience, fans will get to meet some colorful personalities via video and audio such Mrs. Patmore from Downton Abbey, vengeful cheese makers, and Mary Roach who spent years investigating the inner workings of the digestive tract. Fans will also have a chance to ask questions during the Q&A with Christopher. August 13 in Dell Hall.

More than four decades since CSN first harmonized in Laurel Canyon, and played their first-ever concert as a trio at the legendary Woodstock festival, its members continue a creative partnership that is one of the most influential and enduring in music. David Crosby, Stephen Stills, and Graham Nash have each been inducted into the Rock and Roll Hall of Fame two times-once with Crosby, Stills & Nash, and a second time with The Byrds, Buffalo Springfield, and The Hollies, respectively. They have also been inducted into the Songwriter’s Hall of Fame, with the honor recognizing both CSN as a group, and each member as individual solo artists.

CSN’s music first became a cornerstone of rock ‘n roll with the self-titled 1969 debut LP, one of Rolling Stone’s “500 Greatest Albums of All Time.” Ever since-through changing times, various configurations, and acclaimed solo careers-Crosby, Stills & Nash have continued to tour and record as “three together.” August 28 in Dell Hall.

This free event will showcase the cutting edge design and functionality of the Long Center, as well as the iconic performance groups who call it home! Drinks and snacks will be available for purchase throughout the entire space, from our fabulous City Terrace and “West Pincer,’ to our beautiful indoor lobbies and event venues.

With plenty of fun activities for the young ones and performances in every available space, including our ‘black box’ Rollins Studio Theatre and the gorgeous, acoustically grand Dell Hall…it will be a night to remember, whether you’re a season subscriber or a first time visitor! August 31/Time TBD.