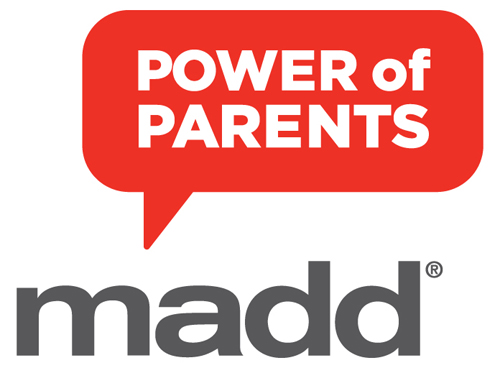 You have to admit, as a teenager you made choices you would not have made as an adult. I know I did, even as a young adult I made decisions that when I think back on them, I wonder what was I thinking! I worry about my children making the same bad decisions. We, as the parent’s need to guide our children to make the best choices possible. Its not always easy, but it is possible when you have open communication and constantly work on it.

Parents remain the number one influence on their teens decision about drinking. A survey of Texas teens and parents conducted by MADD Texas and made possible by a grant from the Texas Department of Transportation showed that 62 percent of Texas teens say their parents are the motivating factor for them not to drink.

The back-to-school moment is a great time for parents to start or continue an on-going conversation with their children about the dangers of alcohol, as many teens will encounter more opportunities or peer pressure to drink during the school year.

A survey of Texas teens and parents underscored a huge disconnect in what parents believe their teens face in terms of pressure to drink alcohol versus the reality of what their teens experience when it comes to alcohol.

What parents do and say matters, and some teens may be getting mixed messages.

It’s never too late to talk to with your children about the dangers of alcohol. MADD’s Power of Parents program offers informational materials, resources and workshops to help parents talk with their children about alcohol.

Back-to-School time is a great time for parents to start or continue an on-going conversation with their children about the dangers of alcohol because many teens continually encounter more opportunities or peer pressure to drink. MADD encourages parents to talk with their teens about the many dangers and consequences of underage drinking, as well as the harmful and deadly impact of drinking and driving at any age.

MADD developed its Power of Parents program and resources to help parents feel more confident about talking with their teens about the dangers of underage drinking. MADD’s 30-minute Power of Parents workshops, along with the free handbook, help parents and caregivers of teens start an ongoing conversation about the dangers of underage drinking. It’s called Power of Parents because research has found that parents are the number one influence in their child’s decisions about drinking. The program is based on a handbook model developed by Pennsylvania State University researcher Dr. Robert Turrisi. Based on two decades of research, the Power of Parents handbook has been shown to significantly reduce drinking behaviors when parents read it and start talking with their teens.

The Motherhood is joining MADD Texas for this online Twitter workshop that will encourage and empower parents with how to talk with their teens about the many dangers and consequences of underage drinking, as well as the deadly impact of drinking and driving at any age.

Prizes: The Motherhood will award five prizes to participants who answer trivia questions tweeted by @TheMotherhood25 correctly. Each prize includes a Power of Parents Handbook and a one-on-one session with a Certified Power of Parents Trainer.