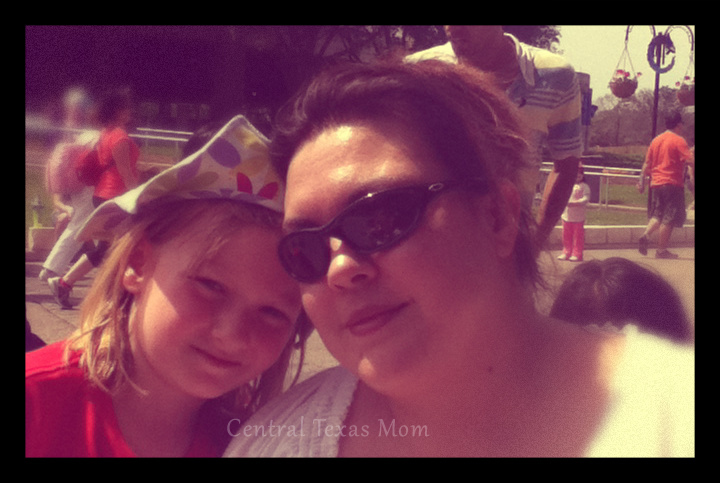 In February I was contacted by Chevrolet; they offered me the opportunity to borrow one of their 2012 vehicles for Spring Break. In addition, they offered to send my family and me to Sea World, San Antonio. This was a really exciting opportunity.

Our trip started early in the morning. We used the amazing OnStar system in the 2012 Equinox to tell us how to get to Sea World, San Antonio. This was the first time I had ever used the OnStar system. It was really cool. All you do is push the OnStar call button and someone talks to you over the car’s sound system. You tell them you want directions and they automatically download the navigation information to your car’s GPS. It’s that simple.

Getting to Sea World, San Antonio was a breeze. We got there about 10am and parking was not an issue. We opted to pay for regular parking ($10) as opposed to the closer parking that costs more. 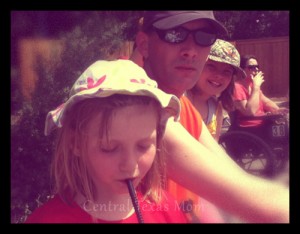 When we walked up to Sea World, San Antonio ticket book I was a bit in shock. There were probably over 200 people waiting in line. They did have a bit of shade, but it was a pretty hot day. We were in line to get our tickets for an hour and a half. By then it was getting hotter and the kids were annoyed.

The first thing we did was find a drink. If you buy the huge cup for $12 you can get 99 cent refills.  Which is a pretty good deal, considering.Then we got to stand in the security line. This line moved faster, however, my husband forgot to remove his pocketknife when we left the house and Sea World confiscated it. My husband was really mad about that. Yes, I know, you are going to ask why he had it. It honestly was a mistake. He is so used to having it in his pocket that he just did not even think about it. It was a really nice knife that was a gift from my father, so I am sure there is a Security Guard enjoying it now. 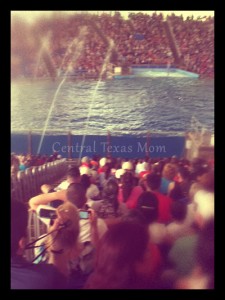 We got to the Shamu show in plenty of time, but there were just too many people there. We went around and around trying to find a spot for us to sit. In the end we had to stand. One thing that bothered us was that we could see open spots, but the Sea World workers would not let us go in, saying the area was full. But, the show was pretty good and the kids enjoyed it.

I was really disappointed we did not get to see any other shows. The park is so big and we just were always off on the timing. 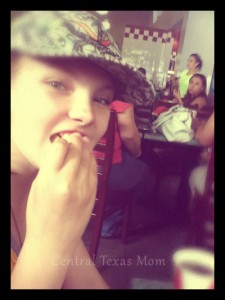 The food was interesting; if you want cotton candy or popcorn you are in luck. But if you are looking for something of substance you are out of luck. There were several “restaurants” we ended up going to SeaFire Grille. It was a Fur’s Cafeteria type of place but only served burgers, hotdogs etc. It was $40 for 4 meals, 2 of which were kids meals.

Suggestions if you are planning on going to Sea World:

–   Do not forget the sunscreen

–  “IF” you are a smoker, yes you can smoke at Sea World. BUT, only in designated smoking spots.

In the end we had a very nice time at Sea World, San Antonio thanks to Chevrolet! We were really happy to get back in our Chevy 2012 Equinox, turn on the cold air and use OnStar to find our next destination. 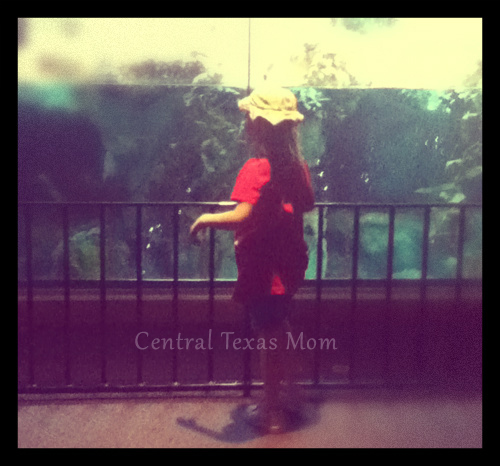 Disclosure / Disclaimer: No monetary compensation was obtained for this post. I received complimentary tickets to facilitate this review. The opinions expressed here are mine and may differ from yours.