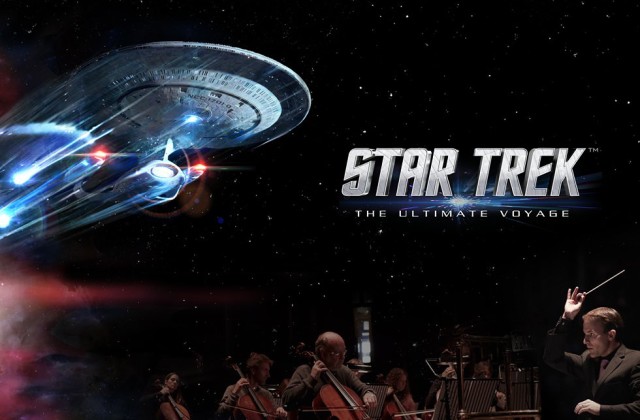 The Long Center proudly presents the Austin premiere of Star Trek: The Ultimate Voyage, a symphonic experience complete with interactive live projection, March 26th in Dell Hall. Tickets are on sale today at 12:00PM and start at $29.

This lavish production includes an impressive live symphony orchestra and international special solo instruments. People of all ages and backgrounds will experience the franchise’s groundbreaking and wildly popular musical achievements while the most iconic Star Trek film and TV footage is simultaneously beamed in high definition to a 40-foot wide screen.

Star Trek: The Ultimate Voyage will be conducted by Justin Freer, who has quickly become one of the most sought-after conductors of film music with a long list of full symphonic live to projection projects under his belt ranging from the The Lord of the Rings Trilogy to The Godfather to Gladiator. He has appeared with some of the world’s leading orchestras including the Chicago Symphony, Philadelphia Orchestra, Philharmonia Orchestra, San Francisco Symphony and Sydney Symphony.