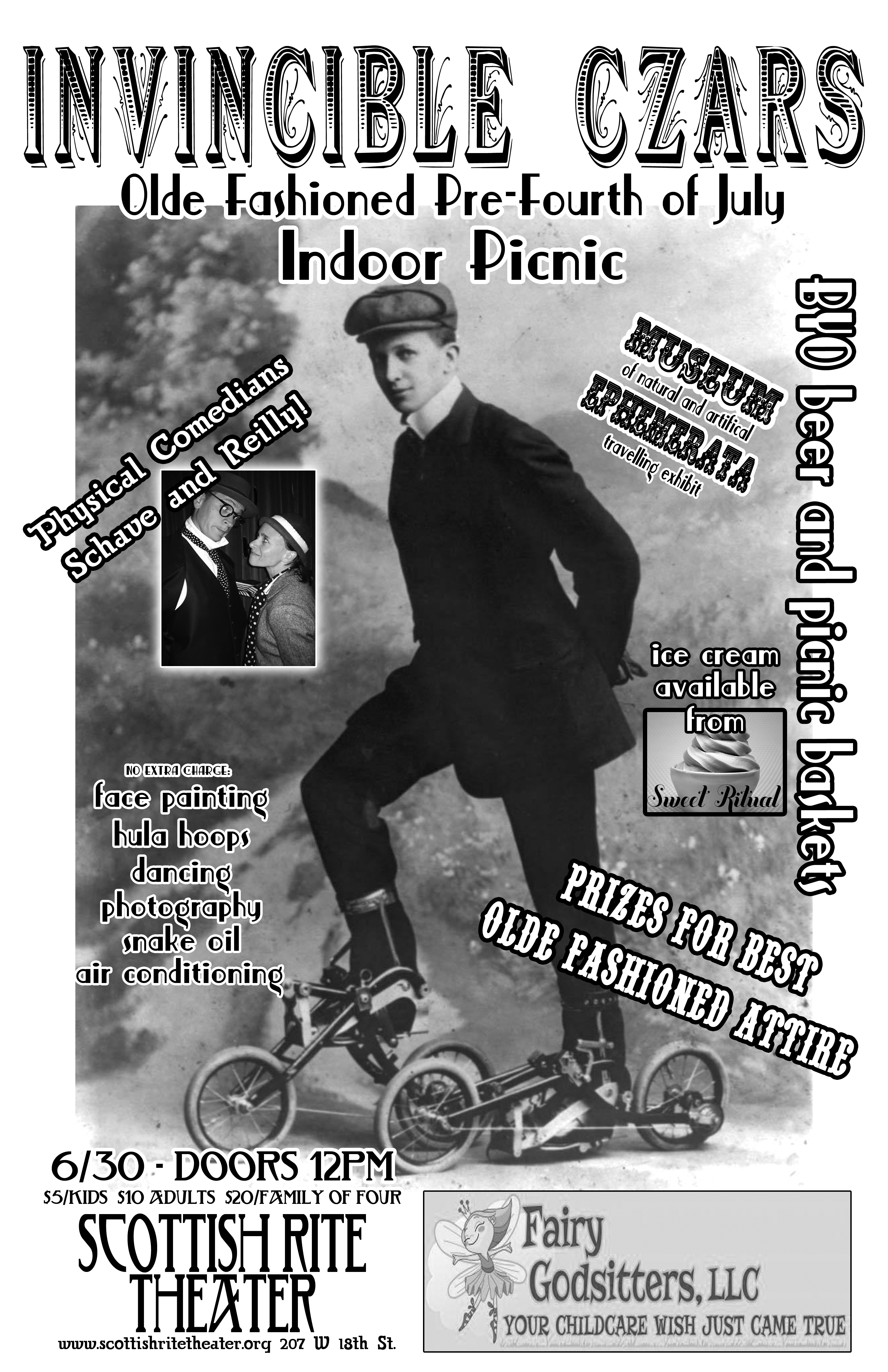 Austin’s most adventurous rock band, The Invincible Czars, will bring all the wit, humor, patriotism and fun they can muster (and that’s quite a bit) to the Scottish Rite theater on 6/30 with their annual Olde Fashioned Pre-Fourth of July Indoor Picnic.

The event will feature free face painting, a roaming photographer, a mobile exhibit by Austin’s Museum of Natural and Artificial Ephemerata, dancing, hula hoops and beach balls and (best of all) prizes for the best-dressed olde fashioned girl, boy and adult.  The event is BYOB and BYOPicnic Basket.  Austin-based Sweet Ritual will be on hand selling dairy-free ice cream and Austin physical comedians Schave and Reilly will open the show with juggling and gags galore.

The event centers on a performance of Tchaikovsky’s 1812 Overture, which the Invincible Czars released last year for the bicentennial of the events that inspired it – Napoleon’s defeat at Borodino by the Russian army in 1812.  This year, the band will keep that tradition and add instrumental material from their recent silent film projects as well as compositions by Sousa, Satie, Ravel, Mussorgsky and Ween.

The Invincible Czars’ ever-revolving personnel door has also spun in an interesting fashion for this performance – the band will be 50% women with the additions of drummer Sarah Norris (Bee vs. Moth, My Education) and Houston’s Erin Rodgers (Glass the Sky) on keyboards and clarinet.

The event is sponsored in part by Fairy Godsitters – a professional child care service in Austin – who will be on hand with information on their in home and on-site event services.