My Pregnancy Story - Not all Pregnancies are created equal 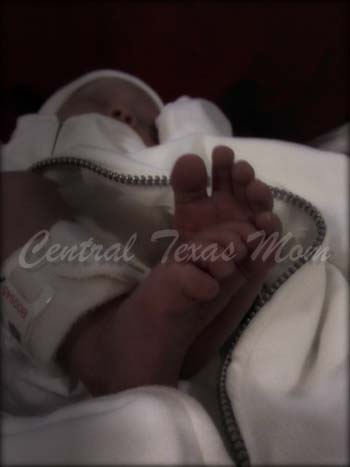 Our new baby is almost 12 weeks old now and I could not be happier. Although this is not our first child, it is shocking how much love you can feel for one teeny tiny person. I could not imagine a life without her in it now. That having been said, the journey through this pregnancy was less than perfect.

Morning Sickness:
I pretty much had morning, noon and night sickness until my third trimester. Thought I was able to eat, I know it could have been much worse for me. The constant nausea drove me insane!

Symphysis Pubic Dysfunction:
This started at the end of my first trimester while shopping at WalMart one night. It lasted till I delivered. If you have no idea what it is, you are not alone. I had no idea what it was and apparently neither did my Doctor. But it is real, and it is painful! There were nights were I wanted to cry. Every time I turned, when I sat down, when I walked. I was so happy when on occasion I did not have pain.

Symphysis Pubic Dysfunction is when the hormones that you produce during pregnancy loosen the ligaments that hold the pelvic bone aligned and they become too relaxed and stretchy. I have read that 1 in 4 women experience SPD at some level.  I would suggest that if you think you are suffering from SPD, to research what you should and should not do. I was able to feel a little better by controlling my movement (as much as I could). I think it helped prevent me from further hurting myself. Here is more info…. http://en.wikipedia.org/wiki/Symphysis_pubis_dysfunction

Gestational Diabetes:
I know a lot of people live with Diabetes. But I could not help but feel defeated when I got the diagnosis that I had Gestational Diabetes. With a LOT of work and dedication I was able to keep my numbers in check with diet. I know we all say we will do whatever we can for the baby, but admit it…. You really wanted to eat ice cream, or cake or…. Lovely carbs!!! In the end I was able to do it without medical intervention.  Here is more info http://en.wikipedia.org/wiki/Gestational_diabetes

Pregnancy Carpal Tunnel Syndrome:
Seriously? I kid you not, there is such a thing. In fact I have been so blessed that even almost 12 weeks after giving birth I continue to have pain in my hands and arms. It actually got worse after birth than it was during my pregnancy. Sometimes I can’t open doors let alone hold the baby bottle. Here is more info http://www.webmd.com/baby/tc/pregnancy-carpal-tunnel-syndrome-topic-overview

Pre-Term Labor:
At around 7 months we had to go in to the hospital in the early morning hours to stop the contractions that woke me. The contractions were about 3 min apart and very consistent. Contractions were not something new to me though, I had started noticing contractions from about 12 weeks. By the end of my pregnancy I could not walk in a store without contractions… constant contractions. I am not exaggerating; it felt like I was walking with a hard basketball in my belly.

Swelling:
I have never in my life had swelling like this experience and hope to never have it that bad again. My feet and legs were huge! This goes along with the Carpal Tunnel as well as the Pre-eclampsia. It just ached and felt like my feet and legs were going to split open.

Pre-eclampsia:
I saved the best for last, so did my body! Pre-eclampsia is when you have high blood pressure and protein in your urine. It should always be taken serious because without being in a Doctor’s care you and or the baby could die! I was admitted to the hospital for observation for 12 hours and then released (I barely made it to my Baby Shower). The following week I was admitted again and stayed in the hospital until my BP went dangerously high and it was decided it was better for me and the baby if we induced. I was 36 week.

After our amazing daughter was delivered I still had elevated BP. I had to go on medication and hopefully will be getting off it soon. I hope.

So you see, pregnancies are just like children; each has their own personality. Would I do it all over again to have my daughter? Yes! Would I do it again in the future? Probably not. My husband and I agree that three is enough for us. This last pregnancy has helped me understand that there are limitations for our bodies even if we think we are invincible.

I love my babies!