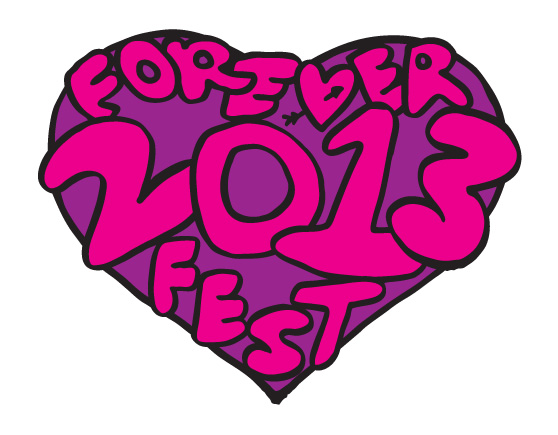 Forever Fest, a celebration of girlie pop culture, and Alamo Drafthouse are thrilled to announce the launch of their festival with a Kickstarter.  For the first time ever, fans of female-centric films, books and TV will have a festival where they can come together and revel in their obsessions without shame. Forever Fest will be held primarily at the renowned Alamo Drafthouse Ritz on November 1st – 3rd in Austin, Texas.  Check out the Kickstarter here.

If you’re a lady who loves DIRTY DANCING, or a woman who’s seen SIXTEEN CANDLES a thousand times, or a guy who can’t stop quoting CLUELESS, welcome to the weekend of your dreams. Forever Fest is guaranteed to be more thrilling than your first kiss, more fun than your first co-ed party and more memorable than your senior year. It’s a festival that welcomes your inner teen while appreciating the fact that some things, like movies and people, just get better with age.

Forever Fest is the creation of Brandy Fons and Sarah Pitre.  Sarah Pitre is the lead programmer of films for the Alamo Drafthouse Cinema and hosts Girlie Night, a monthly series dedicated to slumber party favorites.  She is also the founder of ForeverYoungAdult.com, a website devoted to “YA fans who are a little less Y and a bit more A.”  Brandy Fons is the co-owner of Fons PR- a film and entertainment company based in Austin that oversees multiple films festivals and studio clients in addition to the legendary Alamo Drafthouse and their family of companies. Through her work in the Austin festival scene, celebrating a diverse spectrum of interests in film, gaming, and TV, she realized there wasn’t a festival opportunity dedicated to the chick flicks she loved.  Like puzzle pieces of magic, these two ladies were ready to unite on the day that Brandy Fons approached Sarah Pitre with the idea to establish a female-focused film festival.

“Through our work at the Alamo Drafthouse, we have participated in a variety of film festivals, but none of those events truly captured the movies that we, as females, cherish. Like most gals we know, we have a list of films and television shows that we watch over and over again, as well as books that we never get tired of re-reading, and we feel that it’s high time for fans like us to have a festival where we can geek out together.  After hosting and publicizing Girlie Night for the past five years, we know there is a community of women (and men!) who relish the chance to enjoy their favorite films with other like-minded people, and we believe that this audience deserves an entire weekend devoted to their pop culture passions,” said Forever Fest Co-Founders Sarah Pitre and Brandy Fons.

Here are a few examples of the programming currently planned for the festival:

Danceoke: Your favorite cinematic dance routines performed live on stage while the scene plays on the big screen.

The Cute Show: an adorable clip show presented by BuzzFeed and guaranteed to make you squee.

Book talk with Jessica Morgan and Heather Cocks, creators of Go Fug Yourself and authors of Spoiled and Messy.

The Wild Brunch: A mimosa-fueled salute to the hottest men in cinema.

Early Screening of a buzzworthy new film this fall/holiday season.

And more to come!

Funds received from the Kickstarter will go towards:

Tickets will be sold online at a future date.