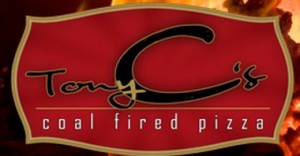 Tony C’s will ensure that its left handed guests have the option of left-handed pizza and that all condiments at their tables are set in a way that will be left-handed friendly. Tony C’s will also top the left-handed  pizzas counter-clockwise to ensure there is more sauce and toppings for guests who are left-handed when they take their first bite.

“We believe that the first bite of pizza is the most important and memorable. Currently our left- handed guests are being shortchanged on their first bite. We have found that when the sauce and toppings are applied clockwise the first bite taken by left hand yields less toppings,” said Tony Ciola, owner of Tony C’s Coal Fired Pizza. “The southpaw community is an underserved demographic in Austin.”

All right-handed and ambidextrous guests who prefer easing into the flavors may also order the left handed pizza beginning this Sunday.