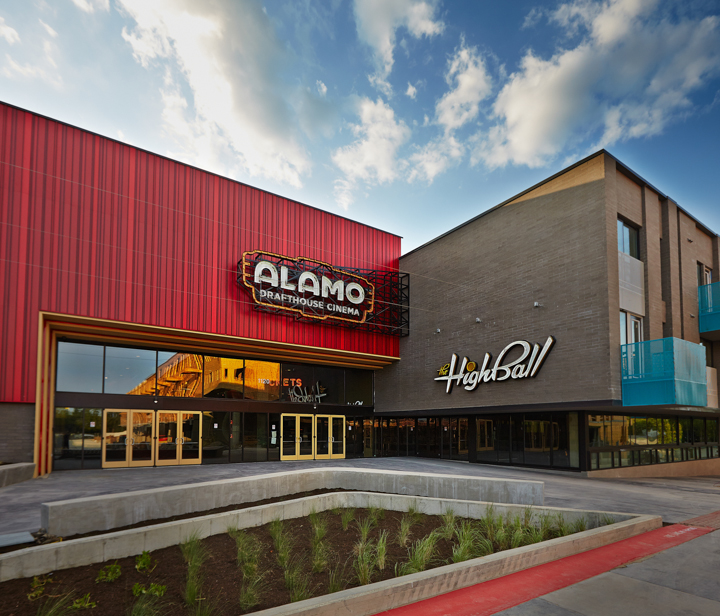 Alamo Drafthouse South Lamar and The Highball, both part of the same building for the first time, will be hosting Fantastic Fest 2014, which begins on September 18. Located in the Lamar Union complex in South Austin, the theater will be open for business on Saturday, August 16 featuring director Michel Gondry’s highly anticipated Mood Indigo as the opening film with the first screening at 12:15pm.  Select Victory members will be invited to the private soft-opening “friends and family” training days featuring ½ price food beginning tomorrow Wednesday, August 13th.  Sign up for Victory at drafthouse.com/austin#join to learn more.

The expanded Alamo Drafthouse South Lamar features three brand new auditoriums for a total of nine screens.  Auditoriums range in size from 46 seats to 198 seats, with combined seating for 975 moviegoers.  Newly built and now adjacent to the theater, The Highball bar features seven karaoke rooms, a ballroom dance floor and stage, a lounge area, and an outdoor patio.  Guests will find parking in Lamar Union’s 576-space parking garage adjacent to the theater. 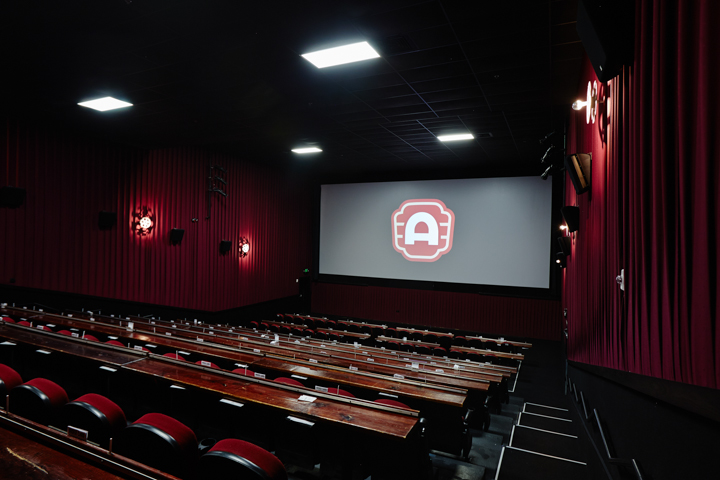 “We wanted to preserve as much of the spirit of the old Alamo South Lamar but extend on the ideas we explored in the first place,” said CEO and founder Tim League. “We hired the same artists, muralist Heyd Fontenot and sculptor Evan Voyles, to update the work they originally created.  We’ve also added some great new additions including a Shining themed photo booth and some truly outrageous new karaoke room themes.” 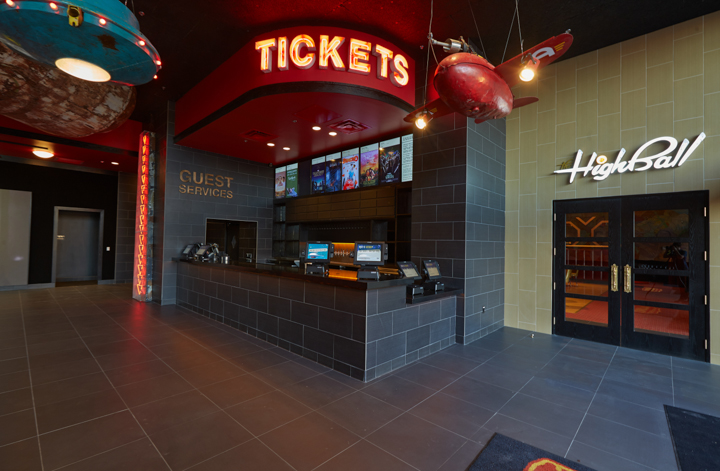 With dine-in service available in each auditorium, Alamo Drafthouse South Lamar’s nine screens will again feature new release movies, family and independent films, as well as the Alamo’s unique signature programming. Each of the auditoriums will be equipped with state of the art 4K digital projection, big screens and amazing sound.  Furthermore, the Alamo offers reserved seating in all auditoriums so that guests can always choose their favorite seat. Guests are encouraged to arrive early to enjoy Alamo’s pre-show entertainment of rare clips, videos, and shorts that are custom-curated to complement each feature film or event.

Tickets for Grand Opening on August 16 will be on-sale at Drafthouse.com. 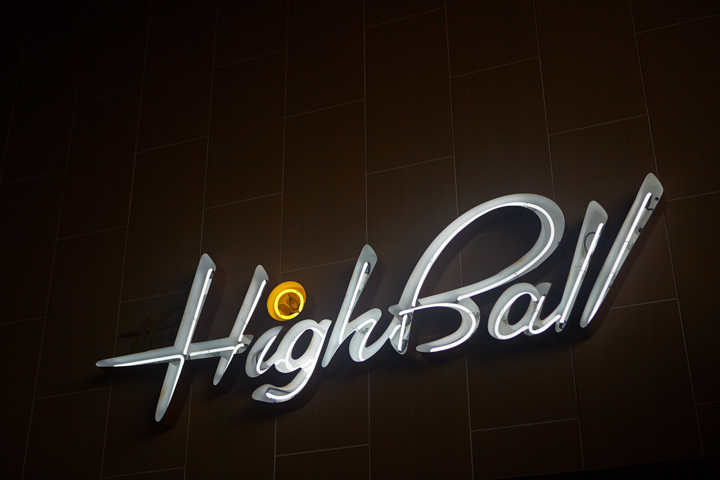 Rebuilt directly adjacent to the South Lamar theater and including much of the original’s furniture, equipment and wall finishes, The Highball returns with its full service bar, uniquely themed karaoke rooms, dance floor, stage, and lounge area, along with its newest feature, an outdoor patio.  While no longer featuring bowling, the original Highball’s classic bowling lanes have been repurposed into a dance floor, a bar top, ceiling details, and benches.  The Highball’s new food menu, designed by Alamo Chef Jason Donoho, features a mix of classic favorites and new items.  Continuing to highlight the best in craft beer, The Highball features 24 taps that include two spots for draft cocktails designed by Alamo Beverage Director Bill Norris. 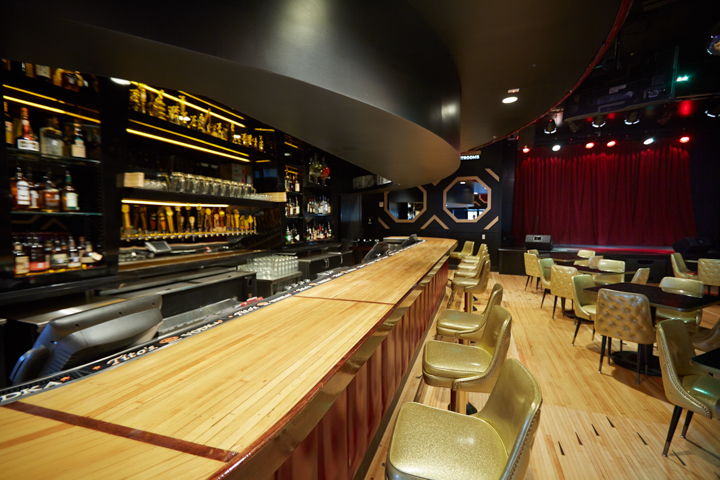 Alamo Drafthouse was thrilled to work with longtime Alamo programmer and friend Zack Carlson and his wife Laura Fleischauer of Space Warp Design to create The Highball’s new karaoke rooms.  Zack and Laura were like kids in a candy store as their imaginations ran wild designing each karaoke room’s mind-blowing theme. The state-of-the-art karaoke rooms feature new song lists, voice synthesizers, and cocktail bottle service. Room descriptions are below.

KARAOKE 1: FREAKS
Step right up into our gallery of the odd, the unusual, the unexplainable and the unimaginable! Stay long enough and you’ll become one of us. Gooble gobble!

KARAOKE 2: MIDNIGHT MANOR
Your blood runs cold as you take shelter in this decaying house; forgotten by all… except the inhabitants of the cemetery next door.

KARAOKE 3: TRULY OUTRAGEOUS
Harness the power of glitter and glamour to transform into the ultimate neon-charged new wave superstar!

KARAOKE 4: THE FIFTH DIMENSION
Beyond the human mind lays a universe of bold impossibilities. Time, form and substance… sound and shadow… all will be revealed in the swirling vortex of The Fifth Dimension.

KARAOKE 5: JOYSTICKS
Dust off your Powerglove; it’s time to battle marauding gangs of ghosts and goombas in our no-rules 8-bit battlefield!

KARAOKE 6: THE BLACK LODGE
The center of the darkest woods leads into the Red Room, a surreal and mysterious limbo where you can always find a damn fine cup of coffee. Let’s rock.

KARAOKE 7: THE INFERNO
Metal gods and major ragers can unleash the beast within The Inferno.

For more information on The Highball you can visit the website at website.  To reserve one of the Highball karaoke rooms, visit http://thehighball.com/reservations.