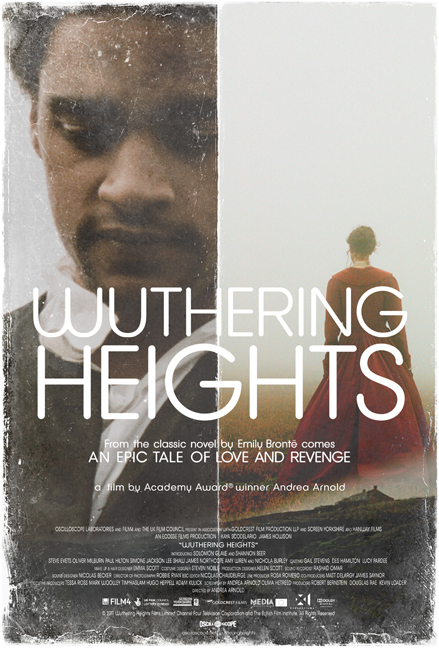 I was one of the few lucky people who were invited to the Press Screening of  “Wuthering Heights” last week at the Violet Crown Cinema in Austin Texas.

I will be honest with you, I did not have time to research “Wuthering Heights” before I attend the screening. I was not one of the many who red the book in High School. That being said, I do love Period Movies! So I was eager to see this one.

Here is the Synopsis: An epic love story that spans childhood well into the young adult years, the film follows Heathcliff, a boy taken in by a benevolent Yorkshire farmer, Earnshaw. Living in Earnshaw’s home, Heathcliff develops a passionate relationship with the farmer’s teenage daughter, Cathy, inspiring the envy and mistrust of his son, Hindley. When Earnshaw passes away, the now-grown characters must finally confront the intense feelings and rivalries that have built up throughout their years together.

First off this movie was beautiful! The landscape was breathtaking and fit with the story very well. A sad, gray lonesome place where not much grows. You really got the feeling of sadness and desperation from the amazing cinematography. You felt dirty just watching these people walking in filth as it rained and they were covered in mud. What a depressing time to live in.

If you are looking for a movie full of sappy dialogue, this is not the show for you. You are led along with non-verbal emotions and visual communication for a large amount of the movie.

You really feel for each character. Whether it be the father who loves his children and is guided by faith to help a homeless child. The young girl that lives a simple life and falls in love. The older brother that is full of hate (you’ll love the end for him if you dislike him as much as I did). Or the poor homeless boy who just wants to love and be loved.

The majority of the actors in this film were first time actors. I think that was brilliant to bring in people who looked and acted the part and not based on their acting history. I was very fond of the young Cathy played by Shannon Beer. She was beautiful in a rough and wild childlike way.

In the end, I may not have loved the story. But I did enjoy the movie.

See when Wuthering Heights is playing in your area here.