What The Tech? Happenings at Microsoft Retail Store in The Domain Austin Texas 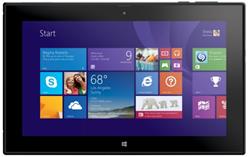 Everyone has old technology lying around that no longer works great, and now you can trade it in and get what you really want! Microsoft is offering special deals for people who want to trade in old tablets, smart phones or gaming consoles. From the sleek Surface 2, to the ultimate gaming device with the Xbox One and the amazing camera-ready Nokia Lumia 1020, trade in an old device to get a great deal on something new from the Microsoft retail store.

This week, you can get up to a $250 in store credit for your old smart phone or tablet so you can get the technology you really want – like the new Surface 2 or Nokia Lumia 2520.

You can also trade in your old PlayStation 3, Xbox 360 S or Xbox 360 E that still works, and receive a trade-in value worth $100 towards the purchase of a new Xbox One console.