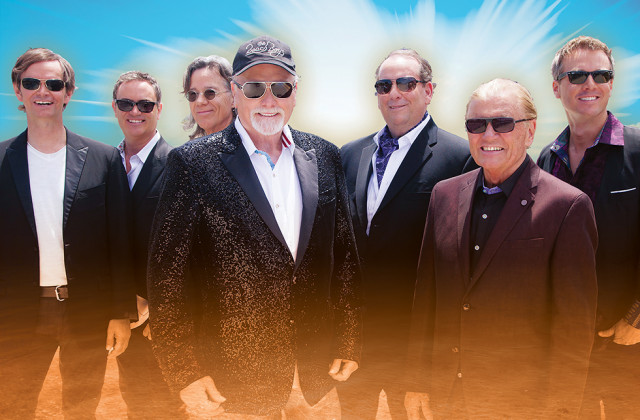 The Long Center for the Performing Arts is thrilled to celebrate their 8th Anniversary and present the Dell Hall debut of the legendary The Beach Boys with special guest John Stamos March 5th! Tickets are on sale now!

Regarded as the most iconic American band, The Beach Boys have become synonymous with the California lifestyle and have become an American icon to a worldwide audience. Since lead-singer and front man Mike Love penned the lyrics to The Beach Boys’ first hit, Surfin’ U.S.A., the band has had a string of chart-topping songs that include eternal anthems of American youth.

The group had over eighty songs chart worldwide, thirty-six of them US Top 40 hits (the most by an American rock band), four reaching number-one on the Billboard Hot 100 chart. The Beach Boys have sold in excess of 100 million records worldwide, making them one of the world’s best-selling bands of all time and are listed at number 12 on Rolling Stone magazine’s 2004 list of the “100 Greatest Artists of All Time”.

John Stamos is best known in his starring turn as Jesse Katsopolis in Full House. His television credits include General Hospital, Glee, and the Fox sitcom Grandfathered, starring alongside Josh Peck and Christina Milian. His Broadway credits include Cabaret, How to Succeed in Business Without Really Trying, and Bye Bye Birdie. He has been playing alongside The Beach Boys at occasional concert engagements since 1985, and appeared in their 1988 video for “Kokomo”.

The Beach Boys are led by Mike Love and Bruce Johnston, who along with Christian Love, Randell Kirsch, Tim Bonhomme, John Cowsill and Scott Totten continue the legacy of the iconic American band.