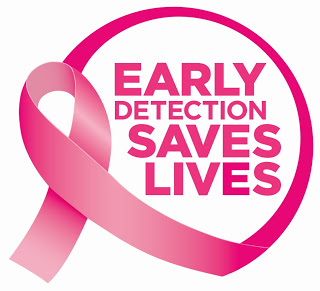 Did you know that one in eight women will get breast cancer in her lifetime?

One in eight. That is equivalent to an inner circle of girlfriends or the women in an extended family. While breast cancer rates are lower among non-Caucasian women, death rates are higher among African American and Latina women. In fact, every hour and a half a Latina woman dies of breast cancer in the United States.

Early detection is the best defense against breast cancer. The earlier breast cancer is detected, the higher the survival rate. In fact, when detected during the early (localized) stage – the five year survival rate is 98 percent.*

You can visit http://www.pgeveryday.com/bca to hear P&G employees’ inspiring stories about moments made possible in their lives due to early detection and download the NBCF’s Early Detection Plan App, available throughout the month of October.

About P&G’s Contribution to the National Breast Cancer Foundation

Disclosure / Disclaimer: This is a sponsored post  for SheSpeaks/P&G. The opinions expressed here are mine and may differ from yours.