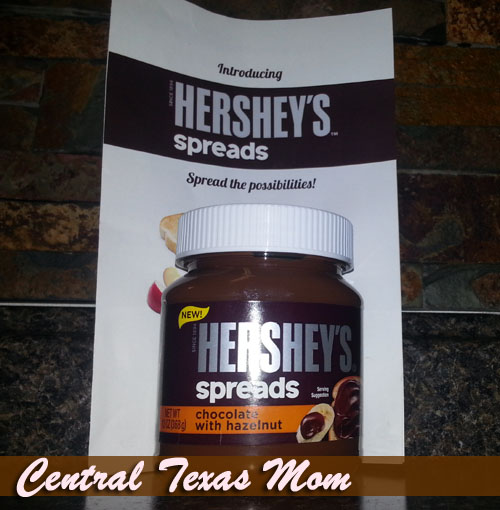 I have never tried a chocolate spread before. There are several times when I was at the store that I thought about giving them a try but didn’t.

When the box arrived with the Hershey’s Spreads Chocolate with Hazelnut my kids were fighting each other to be the first to give it a try.

The flavor was good, very similar to other Hershey’s products so it maintains it’s identity while competing with other brands with similar products.

I will be honest, I am not crazy about the hazelnut flavor however the container was empty in less than a week so I think Hershey’s is doing something right.