El Rey Network Begins Production In Austin On From Dusk Till Dawn: The Series 2013 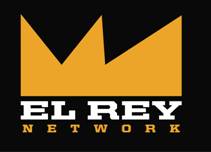 New York and Austin, TX – November 6, 2013 – El Rey Network in association with FactoryMade Ventures, today announced the production start of  “From Dusk Till Dawn: The Series,” the first scripted original to air on Robert Rodriguez’s new genre-busting cable network set to debut this December. Based on his cult classic film of the same name, the supernatural crime saga, hour-long series (which will premiere on El Rey Network in Q1 2014) began filming in Austin this week with Rodriguez set to direct the first two installments.

The 10-episode serialized drama, created, directed and executive produced by Rodriguez (Sin City, Machete, Desperado) and based on the 1996 cult classic he created with Quentin Tarantino, will feature a principal cast including: D.J. Cotrona (Dear John, G.I. Joe: Retaliation) as Seth Gecko, the role that famously launched the film career of George Clooney. Zane Holtz (Holes, The Perks of Being a Wallflower) stars as Richie Gecko, and Jesse Garcia (Quinceañera, Sons of Anarchy) plays Texas Ranger Freddie Gonzalez, a new character created for the series. Don Johnson (Django Unchained, Nash Bridges) joins in a recurring role as Sheriff Earl McGraw. Other cast will be announced in the coming weeks.  Miramax, producing studio and distributor of the original film, is distributing the series internationally in all territories with the exception of Canada, China, India and UK.

Rodriguez said: “If the movie’s the short story, the series is the novel.” He added: “We have assembled an amazing cast and crew, and viewers can expect to be part of a wild ride when the series premieres on El Rey Network next spring.”

Rodriguez is joined in the Executive Producer ranks by Carlos Coto (who is also showrunner); and FactoryMade Ventures and El Rey Network co-founders John Fogelman and Cristina Patwa.  Diego Gutierrez is writer and co-executive producer.  The gritty look and feel of the series will be brought to life by production designers Steve Joyner and Caylah Eddleblute, set designer Jeff Adams, director of photography Eduardo Mayén and costume designer Nina Proctor.  Special effects team will be spearheaded by Bob Trevino.

Based on the thrill-ride film, “From Dusk Till Dawn: The Series” is a supernatural crime saga centered around bank robber, Seth Gecko (Cotrona) and his violent, unpredictable brother, Richard “Richie” Gecko (Holtz), who are wanted by the FBI and Texas Rangers Earl McGraw (Johnson) and Freddie Gonzalez (Garcia) after a bank heist left several people dead. While on an escape route to Mexico, Seth and Richie encounter former minister Jacob Fuller and his family who they take hostage.  Using the family RV to make a run for the Mexican border, chaos ensues when the group detours to a strip club that is unknowingly populated by vampires, and forces them to fight until dawn in order to get out alive. The series deepens the tone of the film, adds new characters and backstories and expands the Mesoamerican mythology behind the vampires.

“From Dusk Till Dawn: The Series” is an El Rey Network production in association with FactoryMade Ventures.

About El Rey Network:
El Rey Network, launching December 2013, is a new 24-hour English-language network founded by maverick filmmaker Robert Rodriguez. The network’s action-packed content is anchored by original signature dramas, feature films, grindhouse genre, cult classic action, horror/sci-fi and next-generation sports. Curated by Rodriguez and his artistic collective, it will serve as a platform for diverse and riveting storytelling. El Rey Network awakens the renegade in everyone and has been created for viewers who won’t check a box. El Rey Network LLC (www.elreynetwork.com) is jointly owned by Robert Rodriguez and FactoryMade Ventures with a minority stake held by Univision Communications Inc.

About FactoryMade Ventures:
FactoryMade is an entertainment business incubator founded by John Fogelman and Cristina Patwa.  The company builds and produces IP-based media franchises, content experiences and production/distribution platforms by leveraging its strong ties to the Hollywood creative community and partnering with global brands and investors. FactoryMade’s ventures include El Rey Network and Tres Pistoleros studios with Robert Rodriguez as well as a joint venture with the leading Mexican wrestling league, Lucha Libre AAA. In addition to working with corporate partners such as Telefonica and JCP, they previously spearheaded the creation of Hasbro’s film business (Transformers, G.I. Joe, Battleship) and television business (Hasbro TV Studios, the Hub Network with Discovery Communications), and developed retail’s first integrated digital gaming and commerce platform with HSN called HSN Arcade.

About Miramax:
Miramax is a leading worldwide film and television studio with a library of more than 700 motion pictures. The Miramax library holds some of the world’s most original and acclaimed independent films including Pulp Fiction, Shakespeare in Love, Chicago, Good Will Hunting, The English Patient, No Country for Old Men, Kill Bill Vols. I and II, Life is Beautiful, Reservoir Dogs, Sex, Lies and Videotape, Cinema Paradiso and My Left Foot – as well as scores of commercially successful films such as Bridget Jones’s Diary, Bad Santa, and the Scream, Hellraiser, Scary Movie and Spy Kids franchises. Collectively, the Miramax library has received 284 Academy Award® nominations and 68 Oscars®, including four Best Picture awards.