Join the Croods on the journey of a lifetime in the epic comedy-adventure that “has the magical wonder of How To Train Your Dragon” – Jake Hamilton (Fox-TV). When their cave is destroyed, the Croods set out to explore a spectacular landscape filled with fantastic creatures, strange surprises…and a whole new world of adventure! 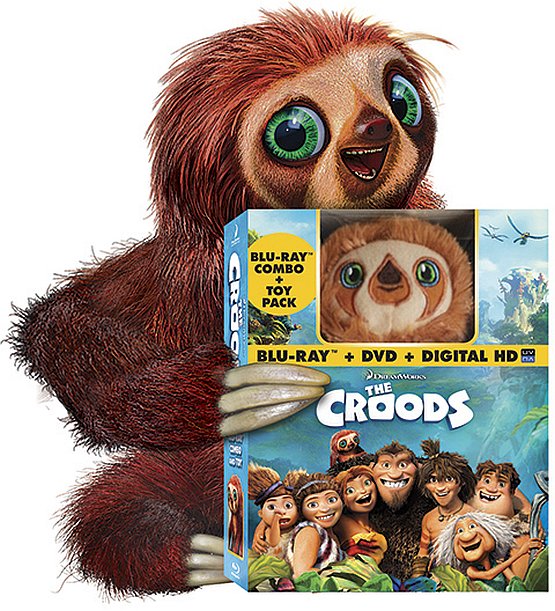 The purchase of the Blu-ray™ or DVD unlocks additional content on THE CROODS Coloring App, which allows children to color their favorite characters and scenes from the film, add text and voice to the story, and then share their storybook on their TVs at home. Also on the Blu-ray™, families can join Guy, Eep and Belt as they introduce the crazy “Croodaceous Creatures” – the striking and unique animals from the film – and much more. And for a limited time only, any purchase of the Blu-ray™ or DVD comes with a lovable Belt toy! Dun Dun Dahhh! Pre-order today!