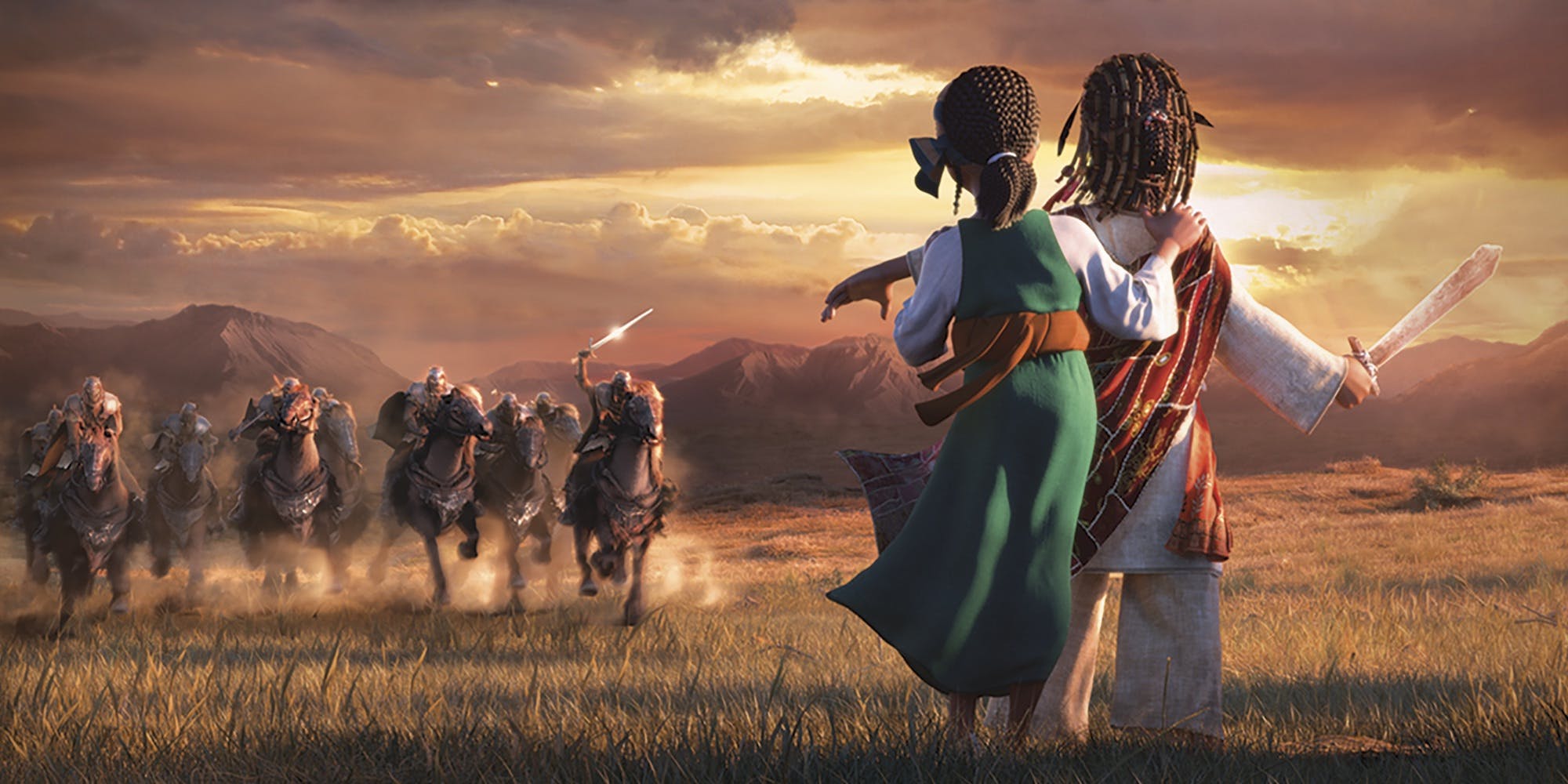 1,400 years ago, Bilal, a seven-year-old boy, with a dream of becoming a great warrior, is abducted into slavery with his sister and taken to a land far away from his home and thrown into a world where corruption and injustice rule all. Throughout his life he undergoes many hardships, through which he discovers an inner strength he did not realize he possessed. Through these experiences, Bilal comes to realize that if he is brave enough to raise his voice and choose his own path – everything becomes possible. It is through his courage, that he frees himself and ultimately his community; it is through the power of his voice and faith that his lifelong dream of freedom comes true. Bilal grows into a man who will inspire the world.

The story “Bilal: A New Breed Of Hero” is inspired by the true events of the African slave Bilal ibn Rabah, a man whose story is similar to that of Martin Luther King Jr., who believed in the unity of mankind and equality of all people. Bilal used his gifted voice to speak out against injustices and took a stand for freedom despite the risks to his own life. Bilal, Martin Luther King Jr., and many others seeking equality throughout history inspire us all to find our inner power and take a stand for what we believe is right. They remind us of  “The Power of One” – the belief that one courageous person can make a difference in this world.  A reminder that if each and every person embraces their own inner power it can be manifested as a force for good.

The story of Bilal shows us the importance of having the courage to step up within our communities as teachers and leaders. It inspires us to use our voice to guide others especially the voiceless. We too are called to use our voice to teach, help, and guide those around us.

The story of Bilal teaches us to believe that the ability to overcome great obstacles exists within each of us. Whether you believe in a higher power, or the strength of the human spirit, we all rely on our internal beliefs to push us through difficulties in our own lives. When you allow your belief to lift the heavy stones that have been placed upon you just as Bilal did, you find that the limits you previously put upon yourself no longer exist.

The story of Bilal reminds us that there is nothing more powerful than the human spirit and that we all have the same basic natural rights that can never be taken or given away. It teaches us to embrace our inner strength and cast off the chains within ourselves. To embrace freedom is to live without fear of the chains others may try to place around you.