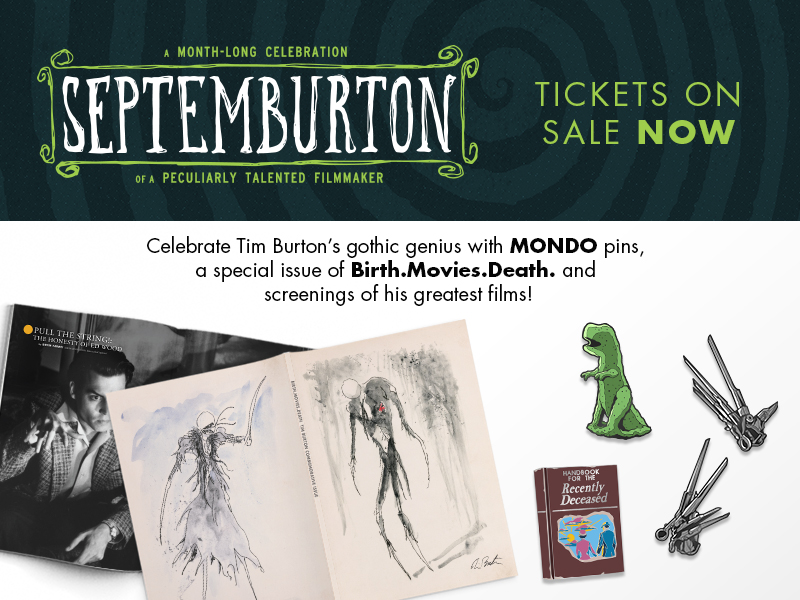 Austin Texas
August 19, 2016 119410 commenthttp%3A%2F%2Fcentraltexasmom.com%2Falamo-drafthouse-celebrates-septemburton-with-tim-burton-themed-programming-menu-specials-collectibles-and-contests%2FAlamo+Drafthouse+celebrates+%22Septemburton%22+with+Tim+Burton-themed+programming%2C+menu+specials%2C+collectibles+and+contests2016-08-20+03%3A01%3A15Central+Texas+Momhttp%3A%2F%2Fcentraltexasmom.com%2F%3Fp%3D11941
Director Tim Burton returns to the big screen this September with MISS PEREGRINE’S HOME FOR PECULIAR CHILDREN. The film, which plays this year’s Fantastic Fest, is the latest in the director’s long line of singularly imaginative, sweetly off-kilter films. In honor of this occasion — and in the spirit of pure, plain fun at the movies — Alamo Drafthouse has created “Septemburton,” dedicating September to celebrating the artist/director/magician/visionary and his cinematic creations with film screenings, exclusive Mondo pins, in-theater food & drink specials and an all-Burton edition of Alamo Drafthouse’s collectible magazine, BIRTH.MOVIES.DEATH.– featuring cover art by the man himself. 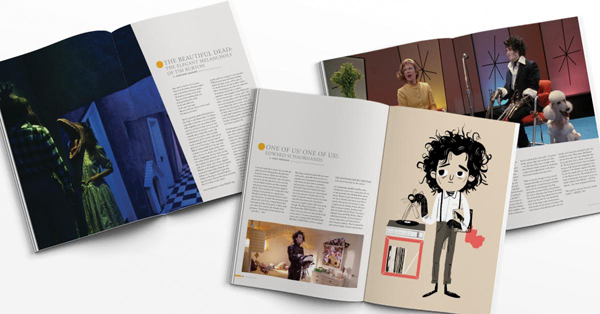 Septemburton kicks off with “BURTONIZE THIS!,” a Burton-inspired “Filmmaking Frenzy” contest where filmmakers are invited to ‘Burtonize’ famous films by referencing his characters and visual motifs to create a thirty second bumper. The contest runs August 15 through September 6. The winning bumper will be shown before select film screenings at this year’s Fantastic Fest, which kicks off September 22 in Austin. See the full details at filmmakingfrenzy.com. 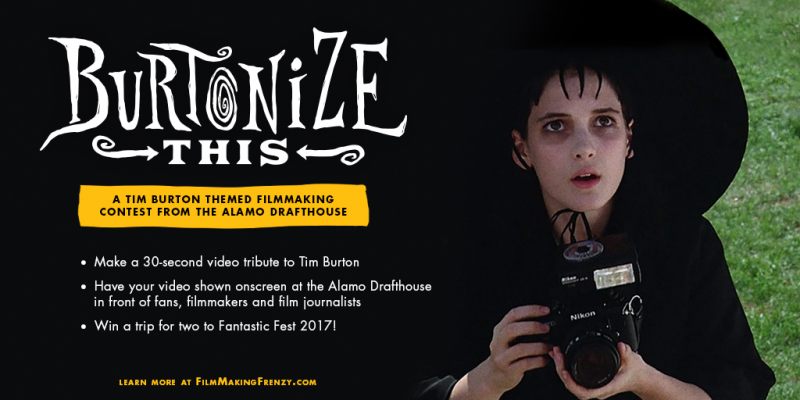 All September — or SEPTEMBURTON — Alamo Drafthouse locations nationwide will feature retrospective screenings of vintage Burton films, including his gothic, genre-igniting 1989 BATMAN; “ghost with the most” BEETLEJUICE; the uncommonly gentle man EDWARD SCISSORHANDS; the timeless story of a rebel and his bike, PEE-WEE’S BIG ADVENTURE — and more.
In addition to regular shows on the big screen, BATMAN, BEETLEJUICE, and PEE-WEE will also be found in interactive “Movie Party” presentations, complete with a celebratory — but still respectful — atmosphere, pre-movie contests, fourth wall-breaking props for audiences, and other surprises. Coming in costume is very much encouraged.
“Tim Burton is a singular filmmaker. Throughout his entire career he has infused his films with a thoroughly distinct magic that only he can create,” says Tim League, Alamo Drafthouse Founder and CEO. “The look, the feel, the emotions… They’re complete, fully realized worlds and unmistakably Burton. I’m pleased we can dedicate an entire month to celebrating his vision and artistry in a big way.”
Fans will be able to wear their love for Burton on their sleeves… or lapels… or wherever with a collection of brand-new enamel pins from Mondo. The first set features three stunning pins designed by artist Matt Ryan Tobin and inspired by EDWARD SCISSORHANDS. It includes Edward’s precarious Right and Left hands, along with a masterfully trimmed T-Rex Hedge. The second set, designed by artist Oliver Barrett, is a tiny copy of BEETLEJUICE’s The Handbook for the Recently Deceased. Both pin sets will be available as ticket add-ons to Alamo Drafthouse shows and through the Mondo website. 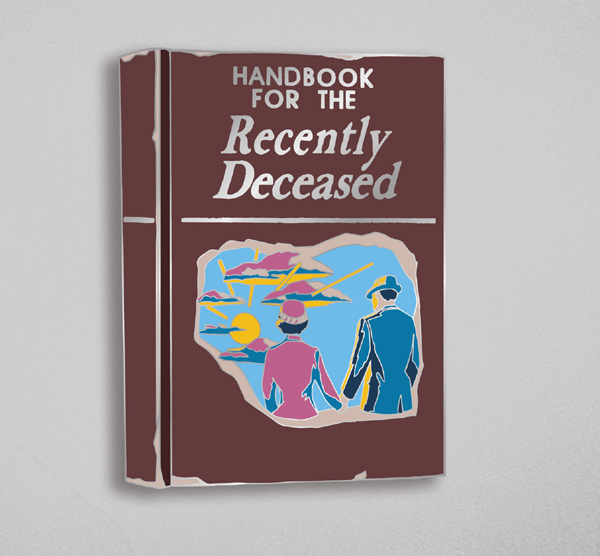 Then, both the curious and the devoted can travel deep down the rabbit hole of the director’s enchanting world with an all-Burton edition of BIRTH.MOVIES.DEATH. magazine. The collectible movie magazine comes packed with page upon page of in-depth essays and articles on the director’s films, motifs, and inspirations, along with gorgeous full-color artwork and stunning design — not to mention a cover featuring artwork from Burton himself!! The magazine will also be available as a ticket add-on, through the Mondo website, and at Alamo Drafthouse box offices for a limited time.
This feast of Burton won’t just be for the eyes, either. The SEPTEMBURTON celebration will also feature a menu of fantastical food and drinks inspired by the cinematic world of Burton. Fully ingest the magic with specials like the spirit-raising “Sandwich for the Recently Deceased,” Coca-Cola braised pork in “Beetlejuice” sauce on garlic-herb toasted ciabatta, piled with pickled onions, arugula, and radish slices; the artfully crafted “Scissor Chopped Salad,” romaine and cabbage, topped with croutons, bleu cheese dressing and shish kabob vegetables; indulge with the “Shake, Shake, Shake Senora,” a vanilla ice cream-based adult milkshake richly blended with ginger liqueur, Averna Amaro, dark chocolate, and Oreo crumbles; or dance with the devil with “The Pale Moonlight,” a gin-based cocktail with cointreau, lemon, and crème de violet.
SEPTEMBURTON
For full program details and to purchase tickets, visit:
https://drafthouse.com/event/septemburton-austin
https://drafthouse.com/event/septemburton-sanantonio
https://drafthouse.com/event/septemburton-dfw